It’s speckled tentacles reach and bend like the liquid legs of a giant Octopus and yet this prickly pirate lives far from the sea and don’t swim well at all. The Aloe Vera, a short stemmed succulent, is cultivated throughout the world and widely regarded for its medicinal and cosmetic qualities.

Aloe Vera belongs to the largest succulent genus Aloe, which encompasses an elephantine number (450) of species! These are widely distributed across sub saharan Africa in dry climates with little rainfall so it’s no wonder a potted aloe adds instant warmth to indoor spaces. Caring for your Aloe Vera

Soil: Plant your Aloe in well draining potting soil with corse grit or sand in a container that drains very well. I prefer keeping succulents in plastic containers inside terra-cotta pots as they drain far better this way.

Location: Keep them in sunny, bright areas, but preferably away from direct sunlight.

Water: Give the soil a thorough soak then allow it to dry out completely between watering to assure the roots do not rot. Test if it is dry by sticking your finger deep into the soil (about 4cm). In winter they need less water so be very careful of over-watering your Aloe. It can be anything between 1-4 weeks.

Propagation: Aloe’s produce offsets or baby plants that you’ll see popping up around the parent. Allow them to grow a couple of centimetres to ensure they develop a stable root system of their own. You can easily separate them by holding them closely to their roots and pulling them out gently. Be careful not to tug too roughly, you don’t want the roots to break off. Plant them into a similar potting mix and leave in a bright sunny location. Red or brown leaves: Your plant may be suffering from leaf burn. Move your plant so it will receive indirect sunlight and cut away dead leaves with a clean sharp knife or shears to allow healthy plants to receive more nutrients.

Soggy soft leaves: Your Aloe have been overwatered. Check your pot to make sure there is no blockage causing poor drainage. To save your plant from rotting, remove the plant from the soil and remove dead or affected leaves. Let it dry out completely and repot it into new potting soil suitable for succulents. If you use the same pot, be sure to sterilise the container before using it again.

I’m fond of these nuggets not only because they grow so easily and proliferate so well, but they’re said to be superb air purifiers – releasing oxygen and absorbing CO2 at night. And although they’re not entirely as majestic as the Aloe Ferox, they do bring a little bit of South Africa into my Berlin home. 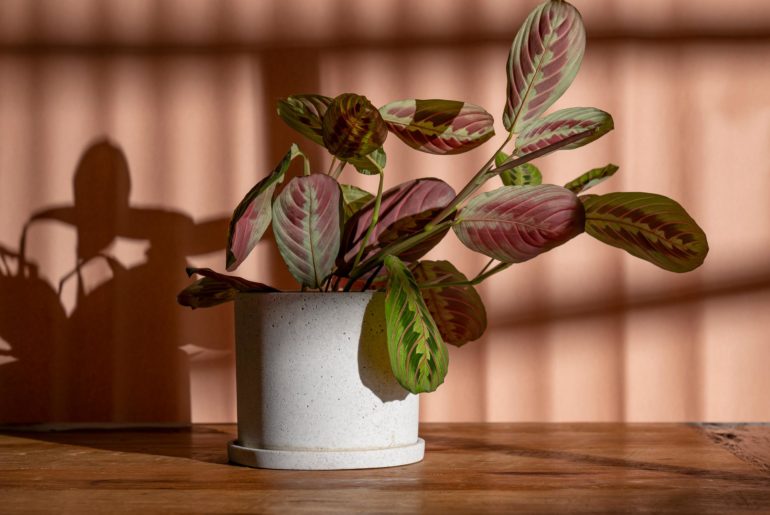 Add some colour to your interior with the nyctinastic prayer plant 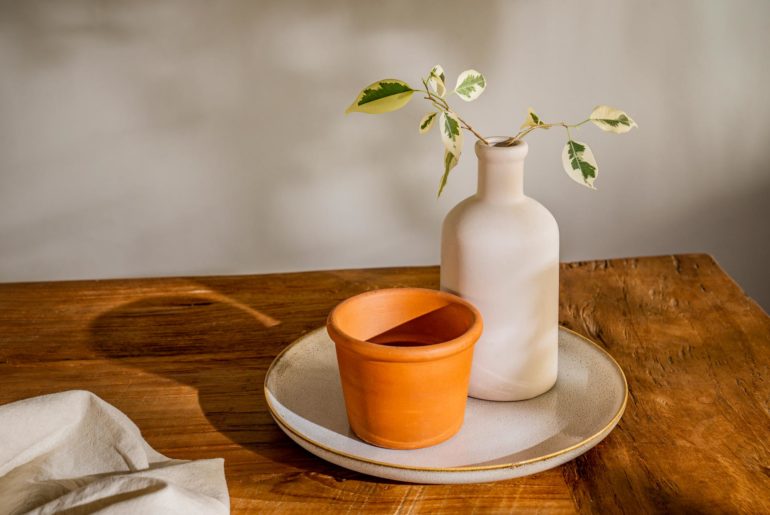 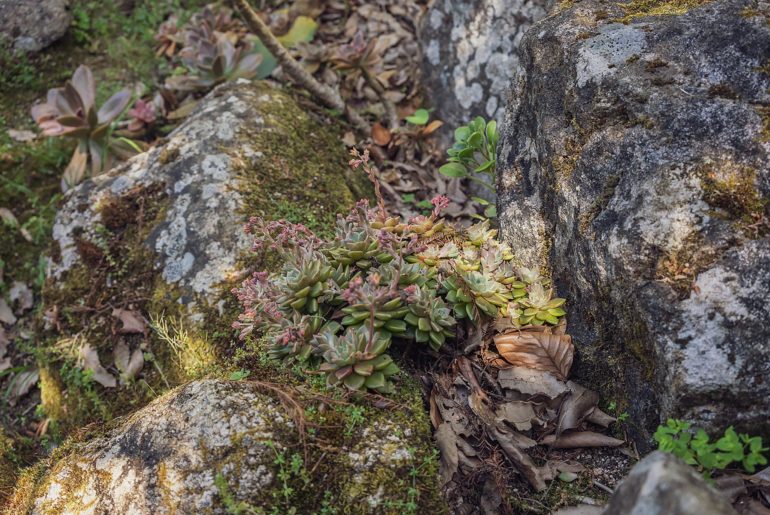